You are here: Home / Archives for red clover

Wherever red clover thrives there is no more valuable plant than this legume for making and keeping soils productive under ordinary crop-rotations. The tyro in farming finds his neighbors conservative in thought and method, and may rightly see room for improvement. He naturally turns to new crops that are receiving much exploitation, but should bear in mind that the world nowhere has found a superior to red clover as a combined fertilizing and forage crop for use in short rotations. Farmers turn aside from it because it turns aside from them. There has been increasing clover failure in our older states for a long term of years. It has become the rule to seed to timothy with the clover in the short crop-rotations as well as in the longer ones, and chiefly for the reason that clover seeding has become no longer dependable. In many regions the proportion of timothy seed used per acre has been made large because the clover would not surely grow. In the winter-wheat belt, where the custom has been to make such seedings with wheat, timothy being sown in the fall and clover the next spring, this increase in the timothy has made matters worse for the clover, but it has helped to insure a sod and a hay crop. “Clover sickness,” supposedly resulting from close clover rotations, and the prevalence of plantain and other weeds, have been assigned as a partial cause of clover failure. It is only within recent years that the true cause of much failure has been recognized.

Used as a Green Manure

Where dependence must be placed upon clover as a fertilizer, little or no manure being returned to the land, at least one of the two clover crops within the year should be left on the land. The maximum benefit from clover, when left on the land, can be obtained by clipping it before it is sufficiently heavy to smother the plants, leaving it as a mulch. When the cutter-bar of the mower is tilted upward, the danger of smothering is reduced. Truckers, remote from supplies of manure, have found it profitable to make two such clippings just prior to blossoming stage, securing a third heavy growth. The amount of humus thus obtained is large, and the benefit of the mulch is an important item.

Some growers clip the first crop for a mulch, and later secure a seed crop. The early clipping and the mulch cause increase in yield of seed.

A common practice is to take one crop off for hay, and to leave the second for plowing down the following spring. Early harvesting of the clover for hay favors the second crop.

When to Turn Down Green Manure

When the maximum benefit is desired for the soil from a crop of clover, the first growth should not be plowed down. Its office should be that of a mulch. In its decay all the mineral plant-food and most of the nitrogen go into the soil. The second crop should come to maturity, or near it. As a rule, there is gain, and not loss, by letting the second crop lie on the ground until spring if a spring-planted crop is to follow. Some fall growth, and the protection from leaching, should equal any advantage arising from rotting the bulky growth in the soil. In some regions it is not good practice to plow down a heavy green crop on account of the excessive amount of acid produced. When this has been done, the only corrective is a liberal application of lime.

Clover as a Fertilizer

It would probably be correct to say that no plant has yet been introduced into American agriculture that has been found so generally useful as clover in fertilizing land and in improving the mechanical condition. Some who have investigated claim that there is more nitrogen in a clover sod after the removal of a good crop of clover than will suffice for four average farm crops, more phosphoric acid than will suffice for two, and more potash than will suffice for six. It begins to draw nitrogen from the air as soon as the tubercles commence to form and continues to add thus to the enrichment of the land during all the succeeding period of active growth. As previously stated, the nitrogen is drawn in great part from the air; consequently, soil from which a bountiful crop of clover has been removed will be considerably richer in nitrogen than before it grew the same, and this will hold true as intimated above, even though the crop should be removed and sold. Under the same conditions it will also be true in available phosphoric acid and potash. But the latter are gathered from the soil and subsoil while the plants were growing. Consequently, if crops of clover are grown in short rotation periods and if no fertilizer is given to the land other than the clover brings to it, while it will be abundantly supplied with nitrogen, a time will come when the supply of phosphoric acid and potash may be so reduced that the soil will not grow even good crops of clover. When this point is reached the soil is spoken of as “clover sick.” Happily, however, nearly all soils are so well stored with phosphoric acid and potash that this result is not likely to follow for many years. But lest it should, attention should be given to fertilizing the land occasionally with farmyard manure, or with phosphoric acid and potash applied as commercial fertilizers. Because of this, and also for other reasons, it is usually considered more profitable in the end to feed clover on the farm and return it to the land in the form of manure. But clover may cease to grow on land where once it grew well, because of other reasons, such as changes in the mechanical condition of the soil caused by the depletion of its humus and changes in its chemical condition, such as increased acidity. The remedy is the removal of the cause.

The roots also put large quantities of humus in the soil. Where crops are regularly grown in short rotations they will suffice to keep it amply supplied for ordinary production. Because of this it is usually considered more profitable to cut both the crops which medium red clover produces in one season, or to pasture off one or both, than to plow under either as green manure. But when soils are too stiff or too open in character it may be advantageous to bury clover to restore the equilibrium. It may also be necessary to bury an occasional crop in order to put the land quickly in a condition to produce some desired crop, the growth of which calls for large supplies of humus. When clover is plowed under it will usually be found more profitable to bury the second growth of the season than the first. The crop is in the best condition for being plowed under when the plants are coming into bloom. If left until the stems lose their succulence the slow decay following in conjunction with the bulkiness of the mass plowed under might prove harmful to the crop following the clover. The influence of the roots upon the mechanical condition of the soil is most beneficial. The roots go down deep into the subsoil and also abound in fibrous growth. The tap roots in their decay furnish openings through which the superfluous water may go down into the subsoil. The fibers adhering to the main roots so ramify through the soil that when even stiff land is filled with them it is rendered friable, and is consequently brought into a good mechanical condition.

While all varieties of clover may be utilized in producing food and in enriching land, none is equal to the medium red for the two purposes combined. This arises from the fact that none save the medium red grows two crops in one season under ordinary conditions. Though the first crop should be taken for food, as it generally is, there is still ample time for a second crop to grow for plowing under the same season. This second growth is ready for being plowed under when time is less valuable than it would be when the mammoth or alsike varieties would be in season for being thus covered. And yet the work may be done sufficiently early to admit of sowing fall or winter crops on the land which produced the clover.

We all know the benefits of manure in the garden. When you let horse and cow manure to age, you can add it to your garden to improve the soil’s nutrient level and its ability to retain water.

You can also see these same benefits when you plant a cover crop and then turn the cover crop into the ground before planting the next season of crops.

Examples of green manure or cover crops are:

Planting a green manure or cover crop in the fall prevents erosion of the soil due to wind and rain over the winter. 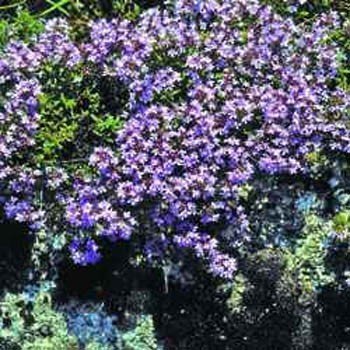 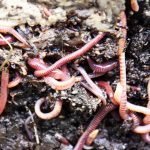 Get Out n About Travel Blog